Back to Product Updates

While the Format Panel has become affectionately known as "the base of operations for all things customization" for many of our users, we often get asked why this panel is so different from any other customization panel or modal in-app. This great question from many of our users prompted us to explore this panel in more depth and see what we could do to better address some of the common pain points that our users brought to our attention. Over the past month, we've rolled out a number of changes to this panel and are excited to give you a behind the scenes look into the decisions that we made to help build a better Format Panel.

The first major change that we pushed to declutter the panel was the re-color of the format panel - moving from Dark Mode to Light Mode. The major benefit of using the lighter colors on the screen is that it causes an irradation illusion which makes the whitespaces appear slightly larger than they actually are in order to create the appearance of less clutter in the same amount of space. Additionally, this also helps to make our Format Panel more consistent with the look and feel of the rest of the application, making it less jarring when moving between menus in roadmapping.

The second major change we explored to help us with reducing clutter was expanding the panel itself. Increasing it to around 1.5x the width of the previous iteration of the Format Panel, we were able to reduce a significant amount of the clutter on the panel itself and provide our users with a cleaner, easier to digest experience. The best part about this change is that it still reveals more than enough of the roadmap to be able to watch your customizations in action. 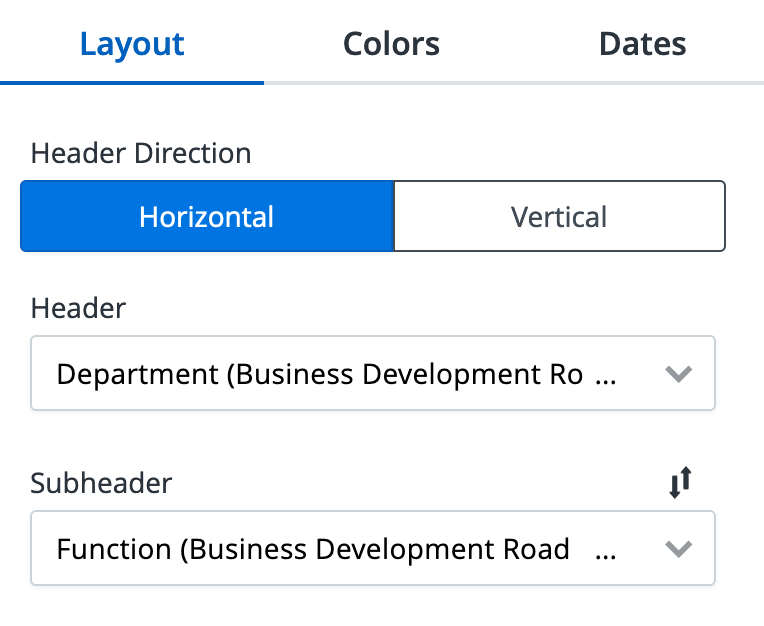 Thanks to the adjustments to the panel width mentioned in the last section, we were able to make some additional changes to the interactive components in the Format Panel itself. The first (and likely most noticible) change was made to the toggles & dropdowns on the Format tab, which have been expanded to span the width of the tab and display more text in the dropdown than ever before. In addition to the resizing of the toggles, we've been able to implement a new style of toggle for the Header Direction and Theme options in the Format tab, which sees the image-based approach we previously took replaced with a cleaner, more accessible text-based approach. 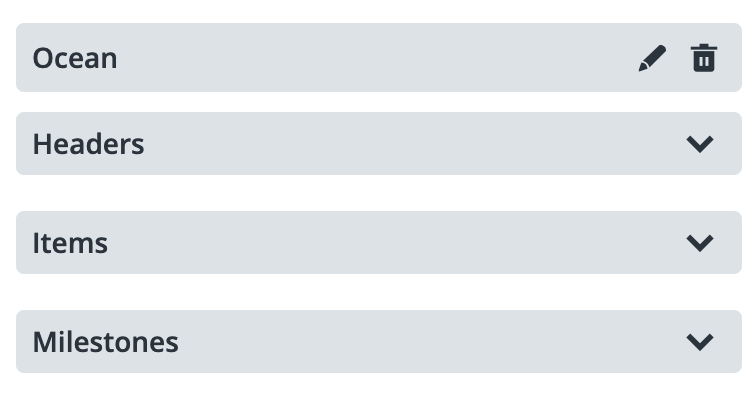 On top of those changes, we've made some updates to how the color palette collapsible elements are displayed by default in the Colors tab. Prior to this update, the collapsible swatch lists were expanded by default in the menu; however, in exploration of enhancements for this panel we discovered that this draws the user's eyes directly to the colors and can cause them to overlook important contextual pieces located higher up in the tab. By keeping these swatch lists collapsed by default, it reduces distraction and makes changes in this area more intentional - hopefully reducing the number of mishaps that can occur with color palettes.

The New "Dates" Tab in the Format Panel 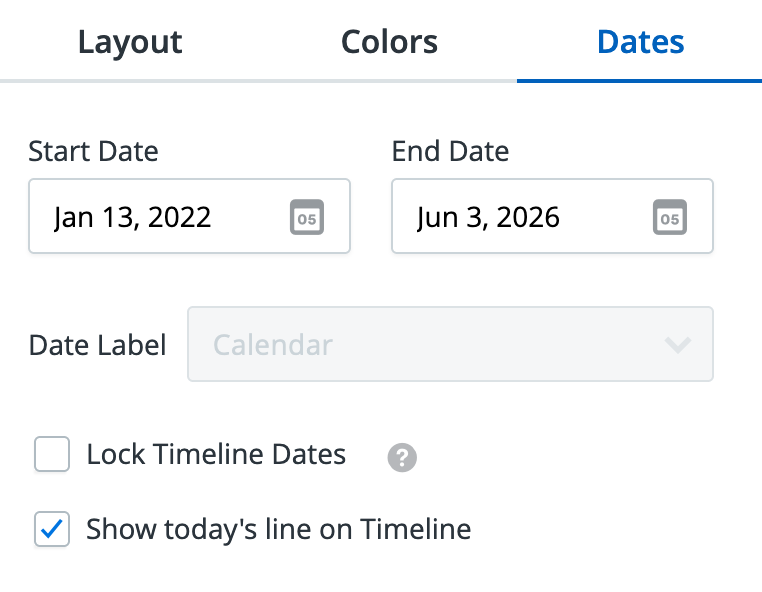 To finish off our updates, we decided to bring one of our least discoverable features into the spotlight by moving the former Date Preferences modal into the Format Panel as the new Dates Tab. This is a welcome change for many users since it helps them to better define how dates are visualized in Roadmunk and gives them the tools to control how much time is shown on their roadmap. As an added treat, we also brought a popular customization from published roadmaps to the in-app experience: the ability for users to control whether or not to show today's line on the roadmap. This functionality is extremely popular in our published roadmaps, so we're excited to finally have it present for our in-app users as well.

Hopefully these changes can help to make customizing your roadmap even more enjoyable than before - without any of the clutter or lack of discoverability that our previous menu had. We're always continuing to improve the look and feel of the application, while adding amazing new features where we can, so keep an eye on our Product Updates page for all of the details on these changes as we launch them.